Employee Ownership is about so much more than share schemes

There’s often a misconception around employee ownership with people thinking that its just about share schemes but true employee ownership isn’t just about the sharing of rewards. Information and power should also be shared. How this happens in practice will vary between organisations but should lead to everyone feeling that they have a meaningful stake in the company.

I would argue that the sharing of power is actually more important than the sharing of rewards. By power, we mean influence particularly over key issues. People want to have input into decisions that affect them and often the best ideas come from those who are on the front-line. Its ridiculous to expect a few people at the top of the organisation to have all the answers so demonstrating participatory leadership and tapping into the collective intelligence of everyone in the organisation can yield some fantastic results in terms of performance. Working in an organisation where your views counts and are listened to also improves employee well-being so absenteeism and employee turnover are reduced.

Greater transparency leads to better decision making. Information flows should be bottom up as well as top down and its important that information isn’t just shared but also ensuring that people understand what’s being shared.

When employee ownership is working well then everyone has an ownership mindset meaning that they don’t just think of what’s best for themselves or their individual department but rather they consider the organisation as a whole. There’s also a culture of collaboration rather than competition with everyone pulling together. 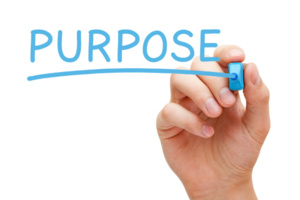